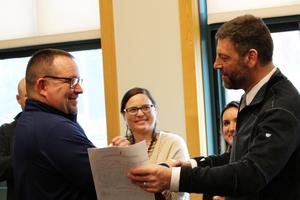 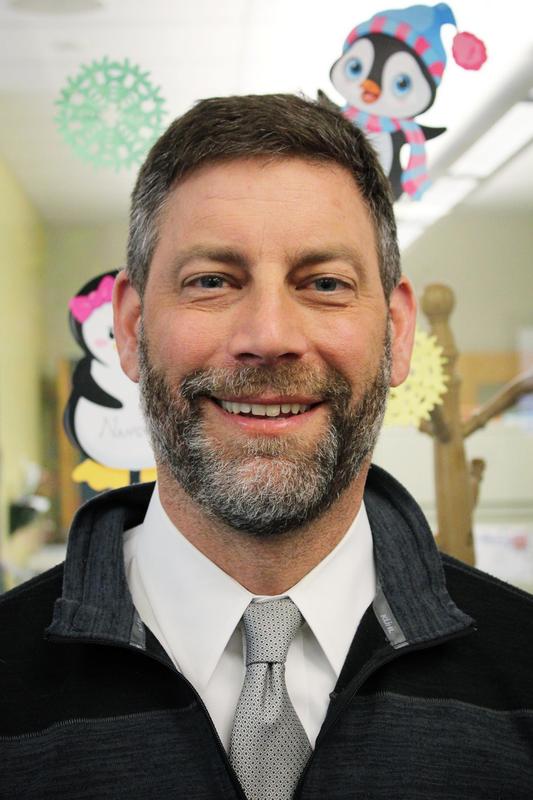 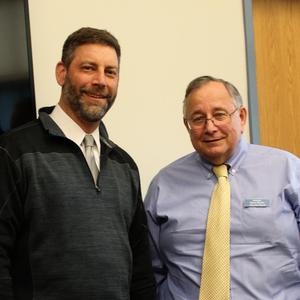 Mr. Ruehr is commended for his commitment to students. As stated by Superintendent Robert Malay, “he has a gift for seeing the practical side of managing the financial health of an organization as complex as SAU 29 without ever losing sight of that which is most important – our students.”

“Tim is a vital member of our district’s administration,” says George Downing, Chair of the Keene Board of Education. ”His leadership, depth of knowledge, and desire to use those skills to improve those he works with and our school system provide a stability and confidence in our district that would be difficult to replace or to operate without.”

Mr. Ruehr began his career with SAU 29 in 2001, serving first as the Business Manager for the six town school districts that comprise SAU 29. In 2014, Mr. Ruehr assumed the role of Business Administrator for the Keene School District and SAU 29.

As the largest multi-district SAU in New Hampshire, SAU 29 is in charge of an annual budget of approximately $90.7 million. The responsibilities of the administrative team include managing 14 school buildings, coordinating the activities of seven independent school boards, and supervising the educational program for approximately 4,200 students. SAU 29 and its member districts employ more than 960 people and cover 211 square miles in southwestern New Hampshire.

In his current role, Mr. Ruehr oversees numerous SAU departments including Business, Payroll, Technology, Food Services and Facilities/Maintenance. Additionally, he provides oversight for all federal grants and audits and is involved in the negotiations for six different bargaining groups.

“Tim is always professional, transparent and even-tempered. This has led to a higher level of trust and success at the bargaining table,” says Nancy Deutsch, SAU 29 Director of Human Resources, “Tim is a demonstrated leader who provides thoughtful strategy to resolve even the most complex organizational issues. His previous experience as a special education teacher and his long tenure as a Business Administrator have given him a tremendous knowledge base from which to draw.”

Mr. Ruehr’s collaborative nature makes him not only a frequent mentor to his administrative colleagues within the Central Office, but also a true partner within the community, where he has actively developed partnerships with various local municipalities, including neighboring school districts and the city of Keene, to share the costs of services and materials.

In accepting this prestigious honor, Mr. Ruehr commented: “I am so honored to receive such a momentous award from New Hampshire Association of School Business Officials. Receiving the award was amazing as there are many outstanding Business Administrators throughout New Hampshire. Reading through the many recommendations was very special. It is rewarding to read such thoughtful and kind words from my co-workers, board members and Superintendent, Robert Malay. Business Administrator of the Year appears to be an individual award, but it was actually a team effort that would not have been achievable without Cathy Gray, Finance Manager, and such an amazing business office staff. Thank you to those who wrote such thoughtful recommendations and also to the entire business office staff for their dedication and hard work that made this commendation possible. I am truly grateful and look forward to continuing to serve the students and districts of SAU 29.”

NHASBO gives this award to an outstanding school business official each year on behalf of the Association and all school children in the State of New Hampshire.